Slovakian inspiration: Cycling Kitchen and a Market that Offers an Alternative to Shopping Malls

We visited four projects in Slovakia – all of them inspiring.

The Cyklo Kuchyňa is a community cycling center that seeks to promote a culture of cycling in Bratislava. The concept is DIY – Do It Yourself – and all of the members participate on a volunteer basis, motivated by their love of bikes. They take part in other community events and initiatives as well.

What goes on in the Cycling Kitchen? There are workshops for people who want to repair their bikes themselves or who want to learn how. The Cycling Kitchen also repairs donated bikes and has initiated a bike sharing system that currently includes 90 bikes across the city. 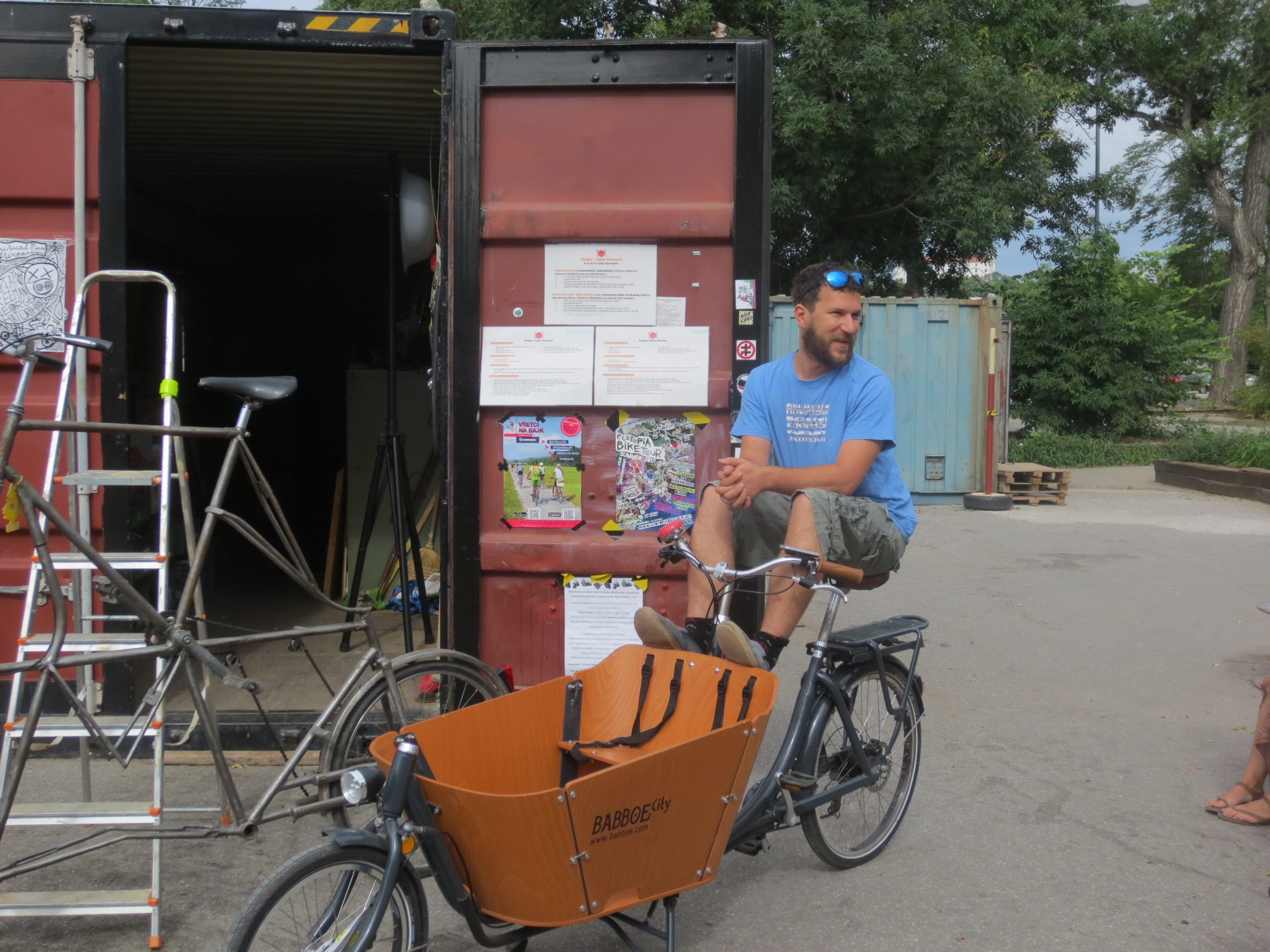 Revitalization of the Stará tržnice in the historical center of Bratislava began in 2013. Since then it has become a popular cultural venue in the city. It is accessible to various age groups and provides a variety of services for residents and visitors. The site was planned to be multi-functional and can host markets as well as concerts, conferences and theatre performances.

Saturday markets have been re-established at the site and are intended as an alternative to shopping malls. They are often accompanied by lectures, workshops and other events.

A former Secondary Industrial School building is gradually being transformed into the Nová Cvernovka creative and cultural center with more than 50 different studios and initiatives under one roof. The vision is ambitious: to engage residents of the surrounding neighborhood of Rača through café life and neighborhood events around the former school.

Over the past year the project participants have cleaned out the building, repaired the electrical system, heating, water, roof and sewer system and improved the community space, which will be used for public events.

A few years ago a group of friends sought a place where they could meet and do something useful together in their free time. They found a privately owned space that they were able to rent and gradually renovate. It became Hidepark, which is now a well-known community center in Nitra that brings together sports, culture, art and ecology.