Resilience Inside and Out

The house of ideas, Mokrinhouse, located in the tiny village of Mokrin in north Serbia, hosted the second meeting of our ViabilityNet 3.0 program.

Mokrin’s past development is typical of rural villages in Central and Eastern Europe. It was lively in the early 20th century, particularly because the Orient Express had a stop here to resupply water to the train’s steam engine, which enabled people to trade between Istanbul and Paris. And then at the end of the 20th century, Mokrin suffered a drastic decline in population.

A Serbian man living abroad came up with the idea of buying a house from a family in Mokrin and invited a group of architecture students to redesign, reshape and revitalise the old village house. The project has already earned two architecture awards and serves as a place for digital nomads, combining old roots with a high-tech environment. The project aims to be more than a hipster island in a village; it seeks to work with and involve the villagers in their daily work, trying to create businesses for them as well.

The House of Mokrin, a former grain elevator that was turned into a co-working space. ViabilityNet participants reconnect in front of the building.

We give extra points to MokrinHouse’s services. They took care of all of our dietary needs which enabled us to concentrate on heavy topics such as:
– Community resource robustness and adaptive capacity
– Inner resilience of individuals, how vulnerability is a change from weakness to courage and strength
– Roles and communication in teams
– How to keep people motivated throughout projects and throughout longer involvement in community work
– Work-life balance, how to prevent ending up in burnout situations 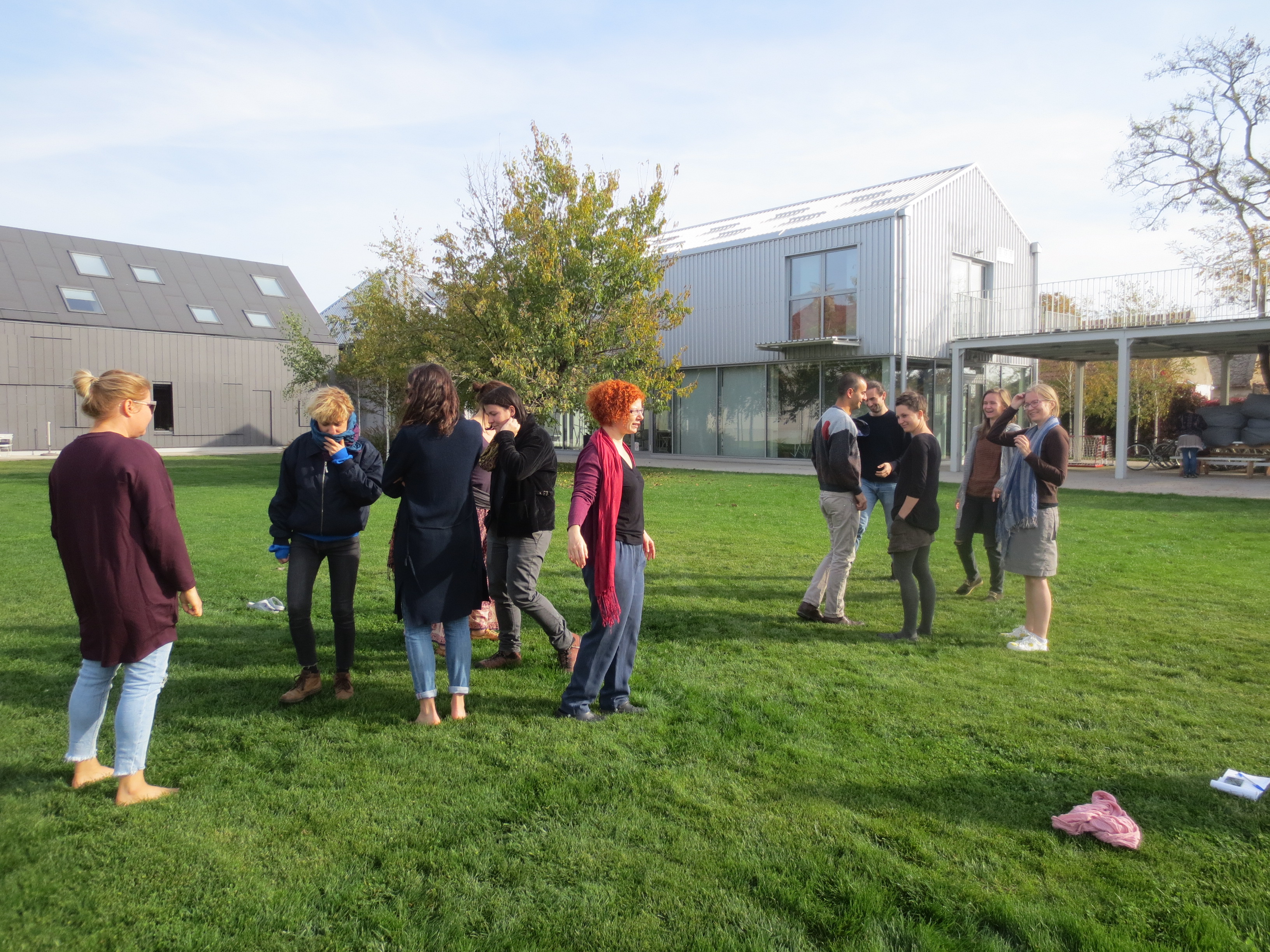 “The program gives me analytical frameworks to help me understand what my team and I are doing, how we work together and how we work with the community. It is useful because then we can reflect better together on what we do well and what we can improve,” said one participant.

Another stated her reflections in this way: “I have to remind myself and the people in my team that we are all human and we have our limitations, that I should be able to set and keep my own boundaries and most importantly, that I should definitely deconstruct my own beliefs/assumptions.”

To sum up the whole lot of theories and experiential exercises we covered, we have a tip for you: take 30 minutes everyday to take care of no one else but yourself in order to prevent apathy and deep emotional fatigue over the long-term. Don’t postpone taking a rest, recharge yourself regularly, on a daily basis. Your motivation and energy will come back!

Each meeting includes site visits and this time was no different. We visited Novi Sad, an initiative conceived ten years ago by the CK13 (Crna Kuca 13, Black House) youth centre. The centre was founded by several groups and activists as a platform for research, development and promotion of alternatives to hierarchical models; to provide opportunities for young people to express their “otherness”, to support critical thinking and give alternatives to the ruling system. As the CL 13 Collective writes in its brochure: “As long as alternative centres and associations are being shut down, maintenance and survival of autonomous centres such as CK13 are of great importance,”. The CK 13 centre is all about contemporary culture, with young bands playing, a library with all kinds of critical papers, a kitchen that is fully self-organised and promotes veganism as an ethical, ecological and economically acceptable diet and a free-shop where you can exchange goods that you no longer need.

The CK13 youth centre in Novi Sad. The outside is black and the inside is colourful.

In Novi Sad we also met the “Novi Sad Bicycle Initiative“, which formed after protests to a sudden and intense strike by the local police in 2010. Hundreds of cyclists were fined for riding in a pedestrian zone. The “New Year’s Bicycle Initiative” was founded seven years ago and aims to “copenhagenize” Novi Sad through cycling, a healthy lifestyle, energy efficiency and sustainability.

Our next stop was the Ana and Vlade Divac Foundation in Belgrade. In recent years, the organization has focused primarily on support of refugees and internally displaced persons (i.e. addressing their housing problems), improvement of conditions for raising children and youth and development of philanthropy and social entrepreneurship.

Our final stop took us to the initiative Ne da(vi)mo Belgrade (Don’t let Belgrade d(r)own), which focuses on urban and cultural policies, sustainable city development, fair use of common resources and citizen involvement in the urban development of their environment. The group began as an effort to stop megalomaniac urban development and architecture projects, primarily the “Belgrade Waterfront” project on the banks of the Sava River. The “Belgrade Waterfront” is possibly the craziest urban plan in Central and Eastern Europe at the moment. According to the plan, the abandoned area around the old central railway station will soon become a sparkling new downtown full of skyscrapers, five-star hotels, and luxury apartments. The plan has been accompanied by a huge amount of controversy.

This group of young people in Belgrade believes that the waterfront plan is so over-exaggerated that it won’t happen in its full scope. Along with the Sava River bank project, the group now concentrates on the many other small-scale investments in the city, public space revitalization projects where citizens’ voices and opinions are constantly disregarded in the face of the private interests of individuals and shady deals between investors and politicians, in which, ultimately, the public good and public funds always end up as collateral damage. Keep up your spirit guys!

Our next ViabilityNet 3.0 community leaders meeting will take us to Romania. Follow us and the community projects over there!