ViabilityNet 3.0 is a program that supports local community leaders in Central and Eastern Europe and their ideas. Participants take part in four meetings and four study visits over a one-year period. We also support participants with grants and mentors to make their community projects sustainable and successful going forward and we provide opportunities for inspiration and sharing with other participants.

Four years ago, Nataliya Vyshnevetska and her family had to leave her native Donetsk. They resettled in Ivano-Frankivsk in western Ukraine. One year ago Nataliya opened a co-working community centre, which is open to a broad spectrum of activities for all age groups, from tango, yoga and knitting classes, local NGOs’ meetings, sales of clothing from local young designers, English language courses, sewing workshops, a cinema club and training in various skills, as well as several community meetings and discussions about pressing issues and potential solutions. An added bonus is a small childcare area, where parents can leave their children while they take part in the programming. People have gradually begun suggesting other activity ideas on their own and implementing them, which was Nataliya’s goal at the very beginning – i.e. to foster people’s own initiative.

Galin Popov lives in the Bulgarian city of Veliko Tarnovo (250,000 pop.). Over the past few years, several new diverse initiatives have emerged in the city, but they are not interconnected or coordinated in any way. Galin himself has owned and operated a bar for many years and he holds a variety of cultural events there. Now and then people have asked him for advice on how to put on a particular event or for help with an effort. In response, he and his team prepared a series of six meetings over the course of 6 months where a group of 25 engaged representatives of various local initiatives (both formal and informal) met regularly to talk about PR, event planning and organization, community engagement and other relevant topics.

Galin’s goal was to strengthen the civil sector in his city. He is already enjoying the fruits of his labour as several new community projects are developing.

First lecture. Leading architect Lubomir Georgiev talks about urban environment and its influence on the projects. 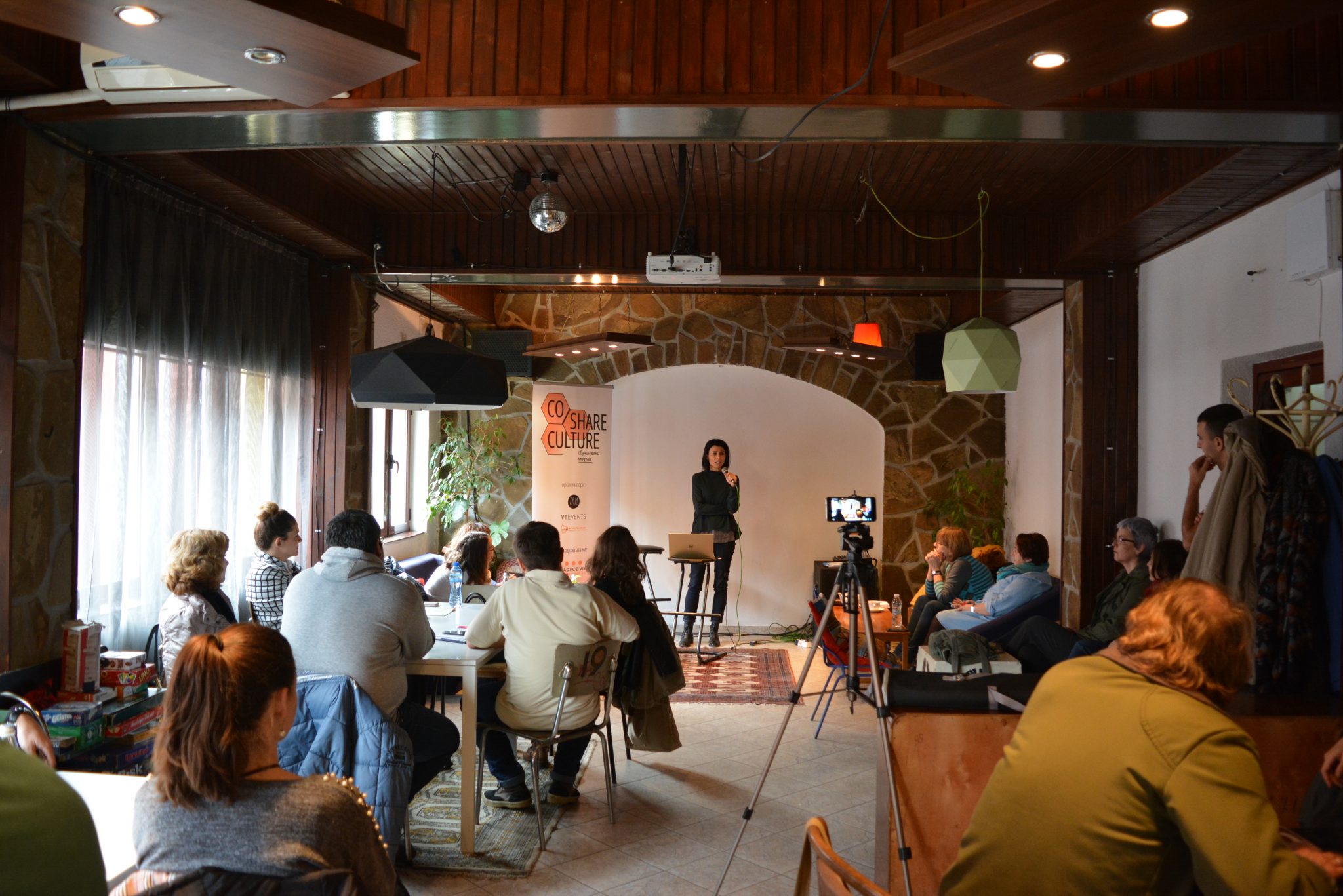 Lenka Antalová Plavuchová began working on community efforts in Rača, a district of Bratislava, Slovakia 14 years ago. She has served as a town district councillor for the past 8 of those years. Last year, she and her team took on a sizable project: transformation of an old school canteen into a community centre.

Her hope with our ViabilityNet programme was to become more familiar with participation in community planning. She did, and also had the opportunity to try door-to-door campaigning and the facilitation of several community meetings through the programme. Lenka also began fundraising in the community for the new centre and organized a concert, baked and sold cookies at Christmas markets and joined a neighbourhood event called ´Restaurant Day´. What does she see as her project’s greatest success so far? In Lenka’s view, it is that people outside of her team have joined into the project activities and are taking an active interest in the transformation of the old canteen. 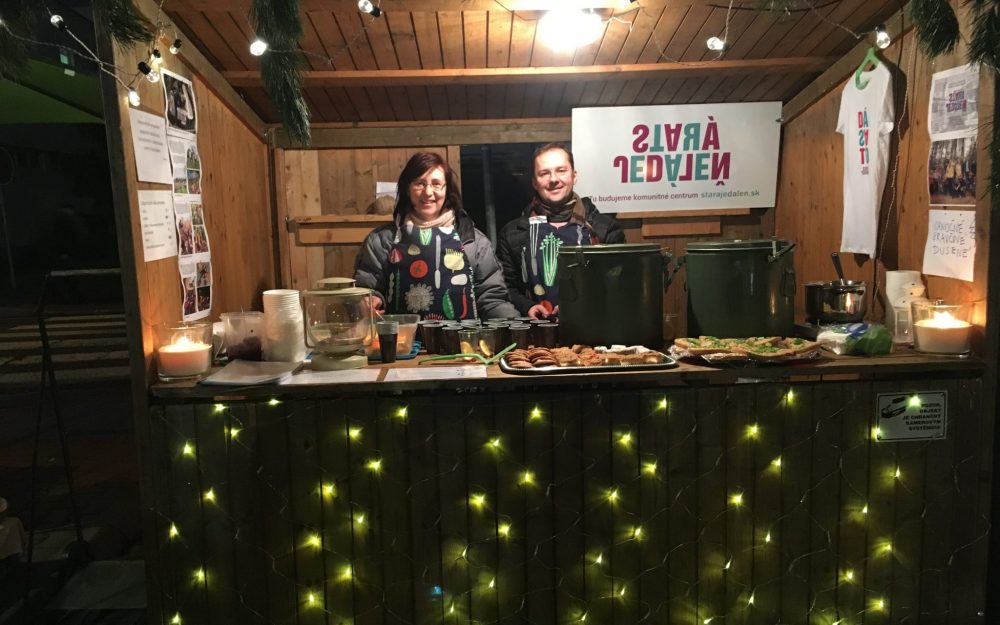 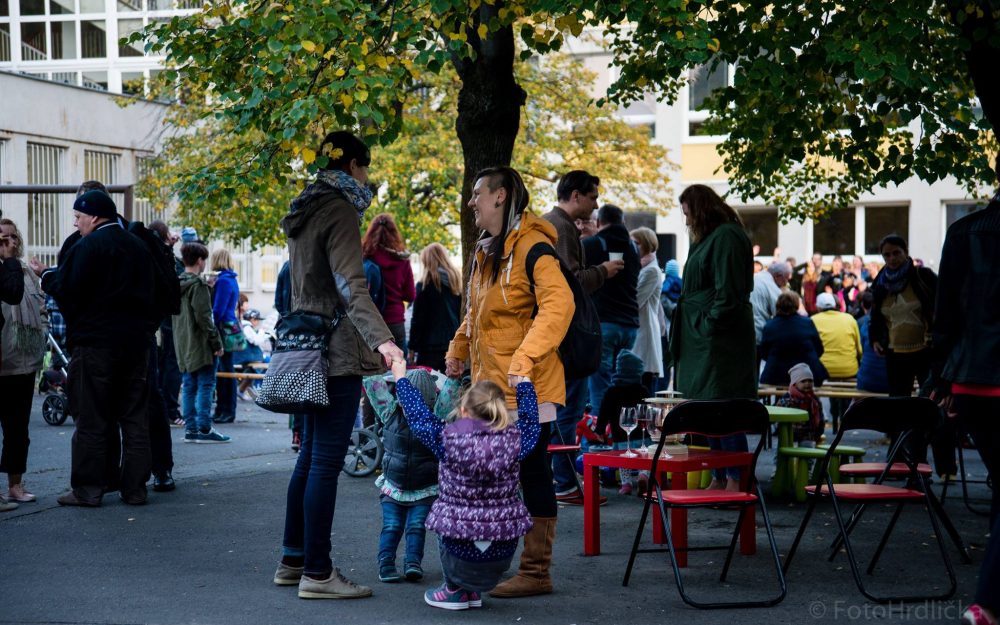