Better to till than fill (a field). Fast Grants helped citizens of Kladno save a field from development.

For more than ten years, people needing quick access to small grants for urgent public interest projects have turned to Via Foundation’s Fast Grants. As of 2019, Fast Grants are part of our Living Communities programming. Read on to learn how a group of engaged citizens in the city of Kladno in Central Bohemia used a Fast Grant to save a field from development.

Růžové pole (Rose Field) is situated on the outskirts of Kladno, directly adjacent to the Bažantnice forest park. A popular biking path leads past the field, which used to be zoned for sports and recreation use. But the former city leadership passed a zoning amendment allowing development on the site in line with the wishes of the property owners and investors, who sought to build a mega-supermarket and parking lot there.

A number of citizens opposed the zoning amendment on the grounds that the mega-supermarket would negatively impact the entire area. They believe that the former city leadership had overlooked potentially critical negative impacts when it approved the change. They argued that there are already two other mega-supermarkets in the area along with several regular supermarkets and shopping centers. Moreover, the area is home to the source of the Lidice Creek, which would be affected by the development project.

A group of engaged citizens decided to try to stop the project through a referendum. Although the group did not get enough signatures to hold a referendum, the effort did lead residents to rally around the issue. 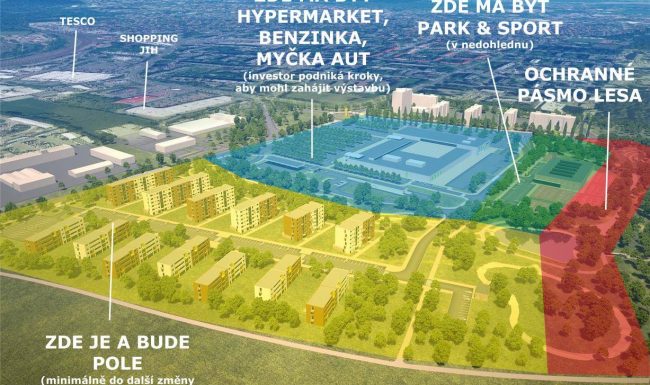 With a Fast Grant, the group was able to work with an attorney to compile comments to the zoning amendment. The grant also enabled the group to engage a media and advertising consultant to develop outreach communication. As a result, the group’s communication was fairly successful against the developer’s own campaign, which was much better funded and included huge ads in the local printed and online media.

By bringing more information into the public discussion, the group was able to broaden the scope of the conversation. People began spontaneously responding to the misleading information put forth by some city representatives, commenting and objecting to some of the claims. The group’s work put the issue on the local radar and it gradually became viewed as the voice of the people. The group held a community meeting to let fellow residents know more about what they had done and what they planned to do.

“The biggest and best surprise was how our initiative became the talk of the town. There was a series of petition picnics at the field and they were very successful,” said Michal Hažlinský, one of the members of the group. 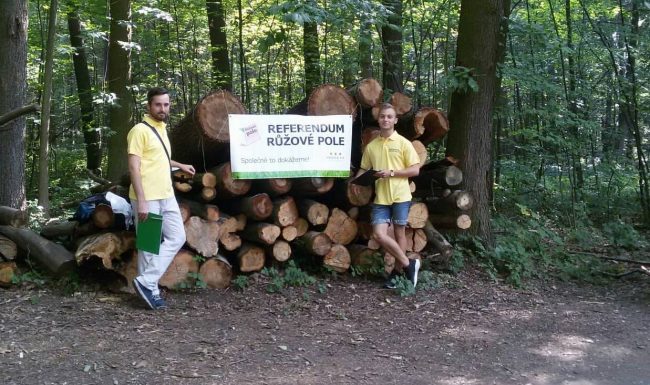 Rose Field became one of the major issues in the municipal elections last fall. Almost all of the opposition candidates supported the initiative to save the field.

Finally, at the end of 2018, the group’s efforts were rewarded: the investor withdrew its mega-supermarket proposal for the time-being.

Michal Hažlinský summed up what he learned about working with the community: “When we would first talk to people, they were usually resigned. Even when people don’t agree with something, they don’t believe that there’s any point in trying to fight it. After a while, after we had talked to them more and we’d had some tiny bit of success, many of them became suddenly curious, more engaged and willing to do some little thing to help the initiative. Like going around to their neighbors with a petition. You have to break through that initial resignation and the feeling that politicians don’t care about ordinary people’s opinions and that ordinary people can’t do anything anyway,”.