ViabilityNet 3.0 is a program that supports local community leaders in Central and Eastern Europe and their ideas. Participants take part in four meetings and four study visits over a one-year period. We also support participants with grants and mentors to make their community projects sustainable and successful going forward and we provide opportunities for inspiration and sharing with other participants. Here are impressions from last meeting´s site visit in the Czech Republic.

As a cherry on top at the end of the ViabilityNet 3.0 program we visited the Czech Republic and some of its community initiatives. Since the participants had already seen many projects in capital cities, we traveled outside of Prague to see how smaller towns and suburbs are reclaiming their vibrancy. Personally, having watched plenty of Czechoslovak fairy tales as a child, I must admit at certain moments I started to feel that all those fairy tales were real.

Our first stop was Mnichovo Hradiště, a town of 8,700 inhabitants located 60 kilometers northeast from Prague that has a factory producing Kofola, a Czech coke-like drink. 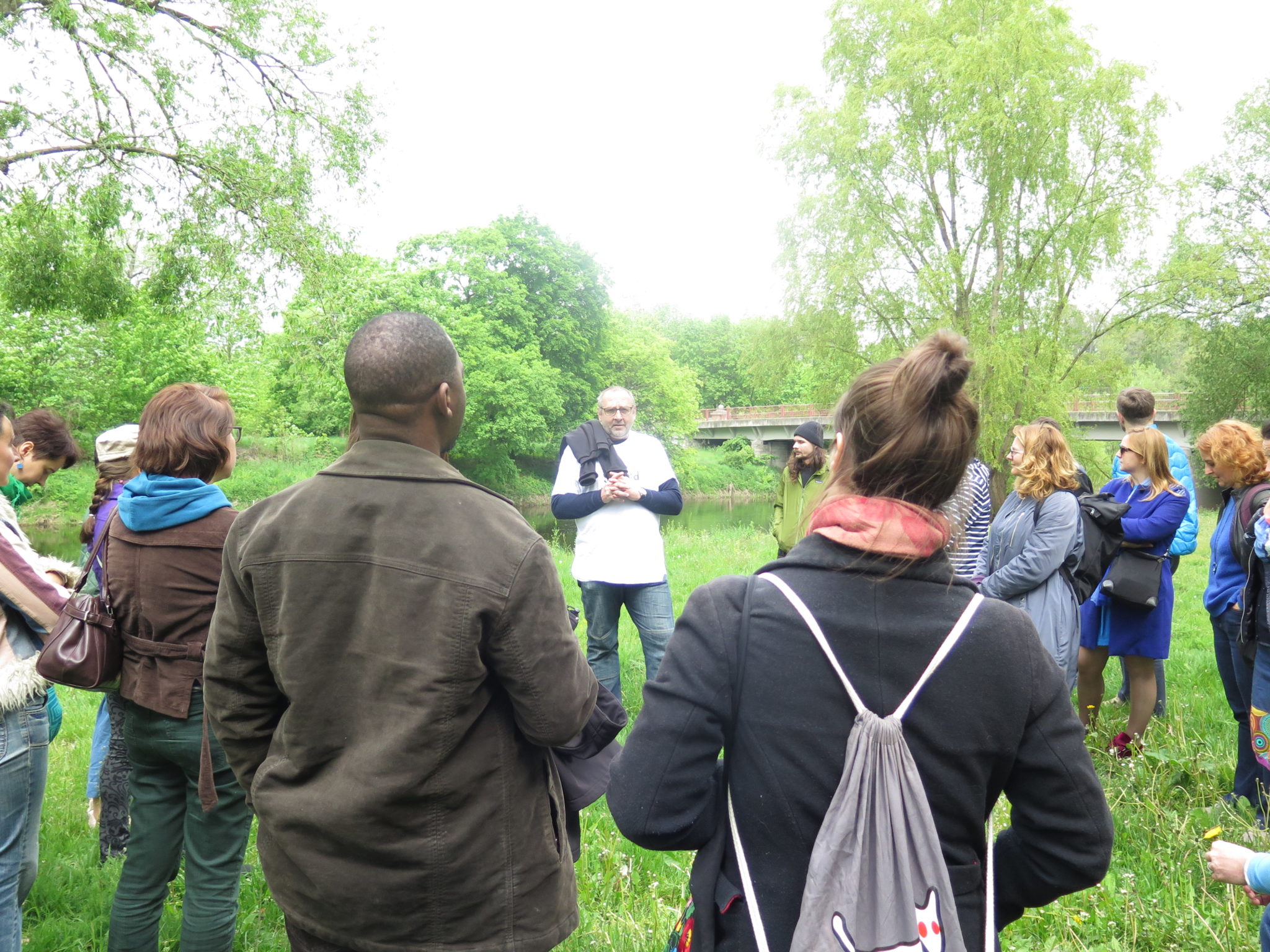 The reason we stopped in Mnichovo Hradiste was Pavel Břicháček. He is one of the founders of  Žijeme pro Hradiště, a local initiative which organizes a neighborhood festival and events for children and the public and is also renovating an area around a church. He explained how they work with the community, their attempts to influence town affairs over the years and finally how five years ago one of their members was elected as mayor. The new mayor is someone whom we would all wish to see heading up towns in Central and Eastern Europe, someone who has ideas, experience with grant writing and project management and is willing to work for the wider community. Besides organizing many local events, the initiative also brings people together to work on handcrafts and has reconstructed a huge stock yard in the church garden and turned it into a site for events. 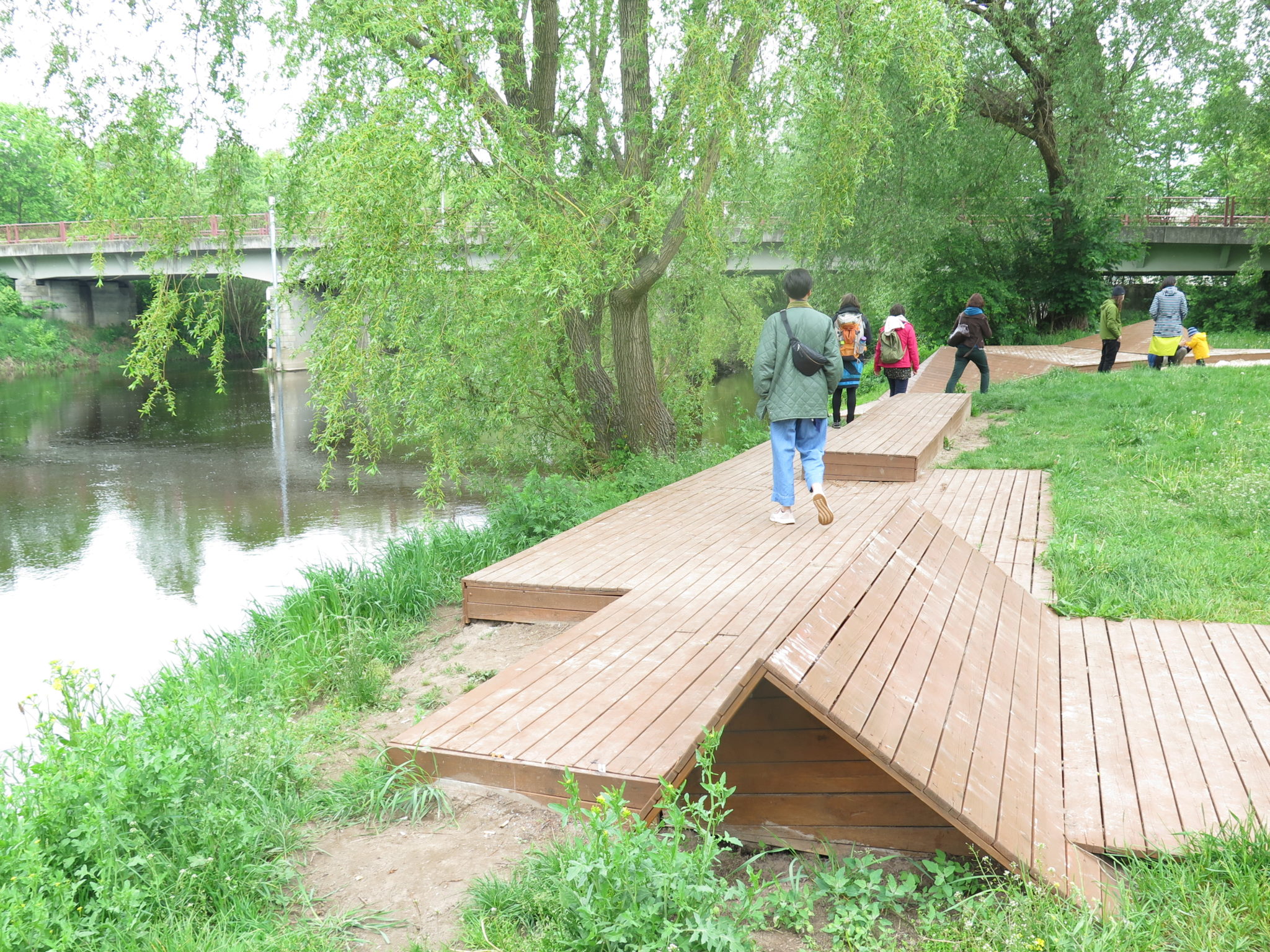 They also began revitalizing an area along the bank of the Jizera River, which was a lively community place decades ago and later abandoned. Thanks to their work, people can once again use it in the summertime.

Then we visited a small wood workshop led by a dedicated carpenter, Mr. Novák of the Czech Brethren Church. There is a lot of overlap between members of the small congregation and the broader community of engaged citizens. The carpenter’s life sounds as a true hero’s journey, going from being a bad boy and now giving back to the community. He organizes workshops for kids and produces a variety of wooden objects.

For instance a huge amoeba (In the background of the photo you can see the famous nativity scene, built by the carpenter and based on an idea from local citizens: the characters in the wooden nativity scene represent real people in the town). 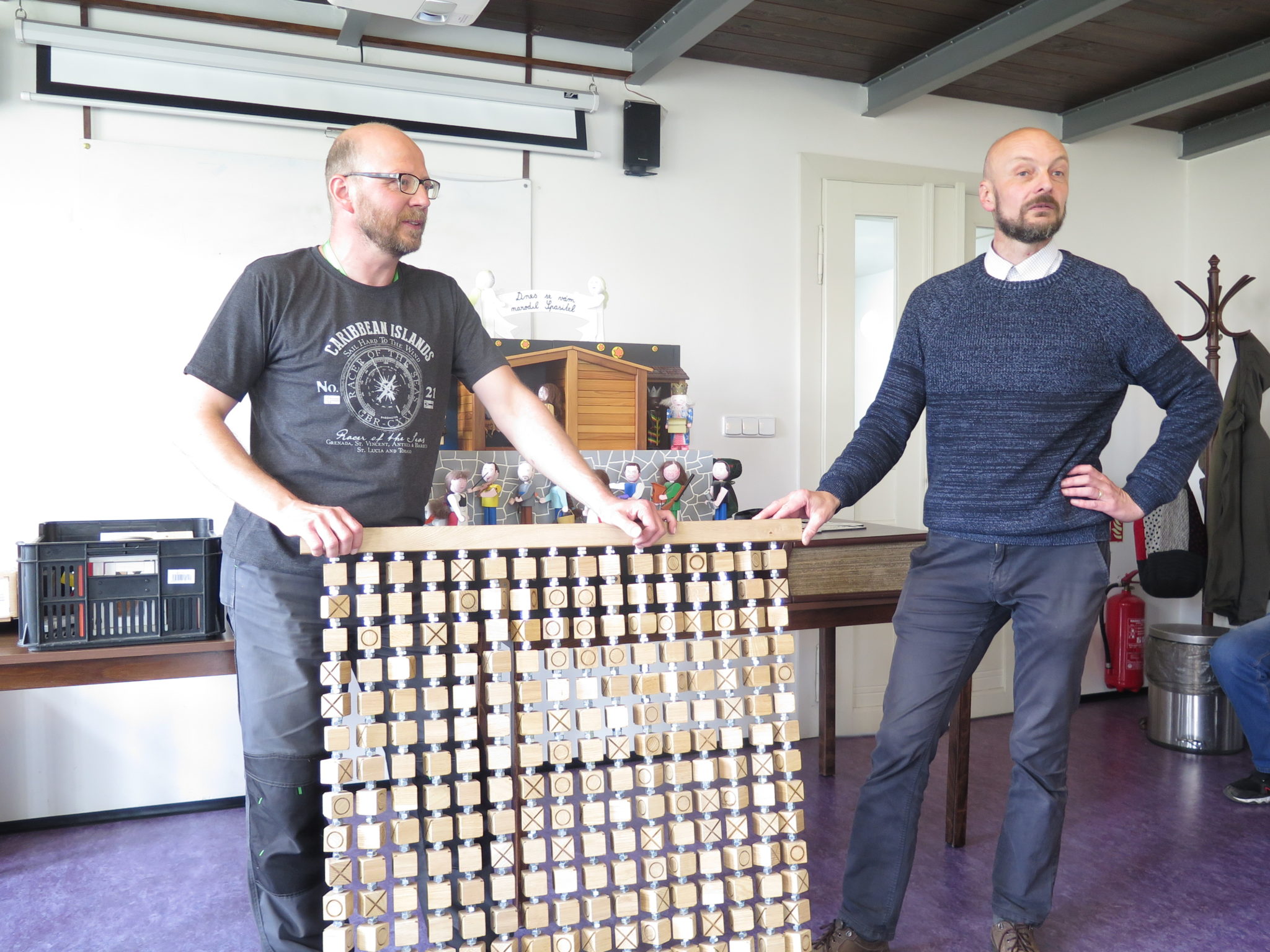 In the cellar there are other games developed by children such as two bank notes where you have to find 20 differences:

After lunch we visited a small town in the suburbs of Prague called Záryby. It is situated next to the Elbe River and has a lot of new residents who have moved there from Prague. It seems to be a classic example of suburban development in Central Europe: a growing number of inhabitants in small villages surrounding capital cities but a lack of infrastructure, e.g. public transport, kindergarten, cultural activities. In Záryby, four mothers decided to act on their own and not wait for somebody else to solve this problem. Now they run a community center in the old building of the municipality. Besides taking care of young children they also run works 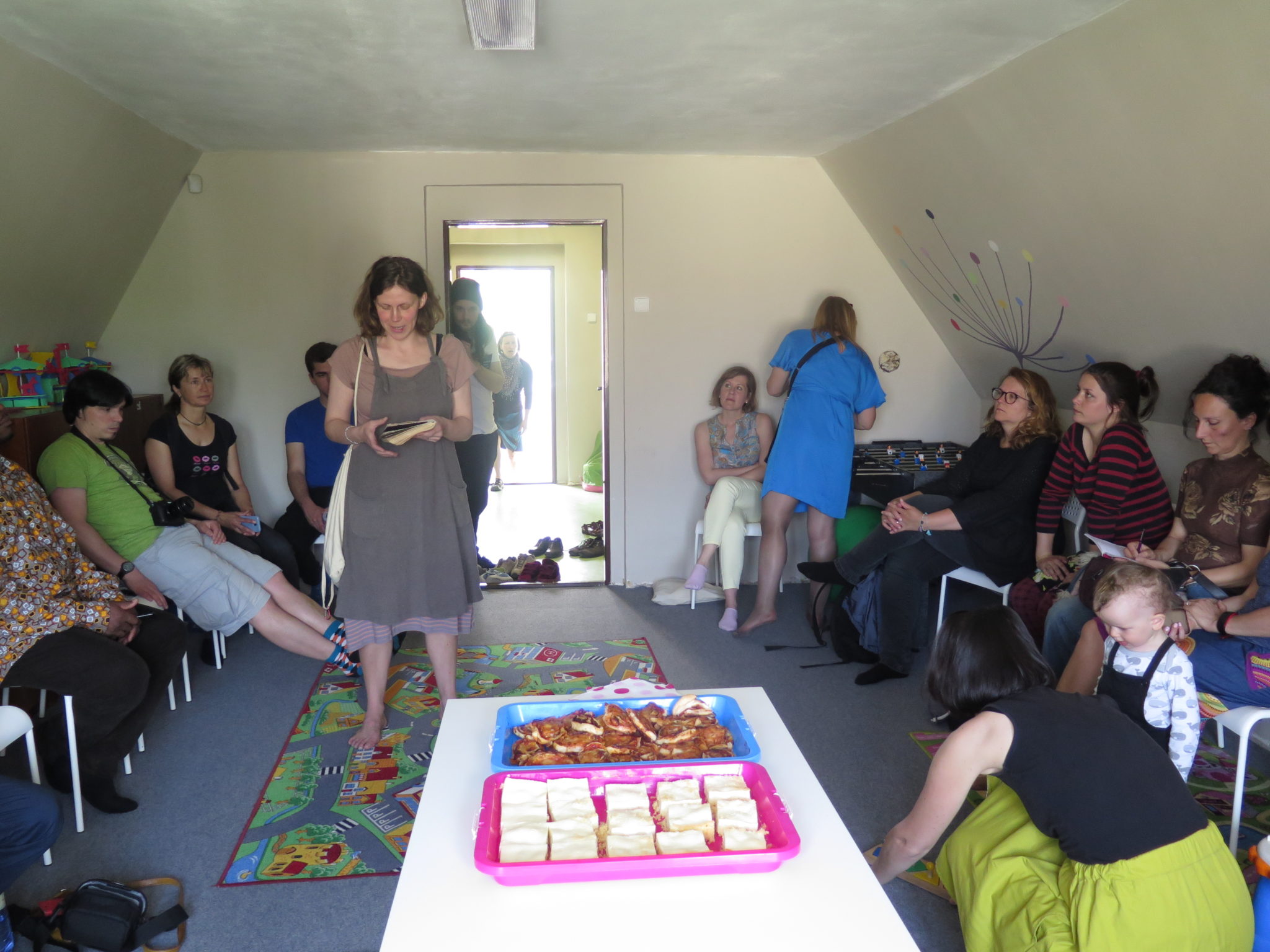 hops and hold lectures to create a more vibrant life in the village. The center connects people of all ages and also old and new residents. They also started a small cafeteria and are renewing some traditions of the village.

In the same town the “Wood of friendship” opened its gate for one day. The owner is a landscape architect who started planting a forest 15 years ago. For one day every five years he opens the garden and the forest to the public. It offers an amazing garden experience and people can plant more trees. The idea for the forest came from the landscape architect’s mother, who told her son: it’s nice that you are planning gardens precisely but what about a real forest? The organic view is real nature. 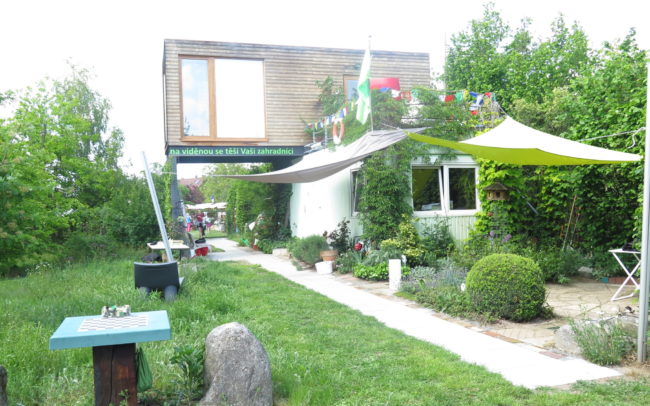