Our Living Communities program includes a “Fast Grants” section, where people can apply for quick funding to address urgent community issues. Groups of neighbors and associations are engaging in discussions about the future of their communities in various parts of the Czech Republic, as the cases below show. Some are saving places from demolition just in the nick of time, while others are influencing longer-term community development through land use planning processes. 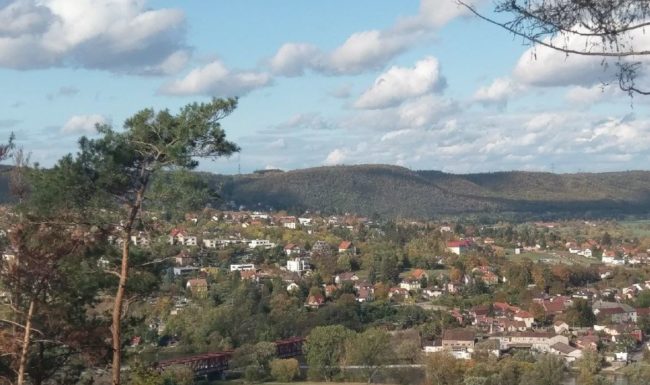 A view of Všenory, set to being preparing a new land use plan

The historical 1920s Jiránkova villa and adjacent candy factory constitute an important part of the history of Prague 9 – Hrdlořezy. Some local residents believe that the complex should be preserved for future generations, but the villa and factory have been slated for demolition to make room for a new development project. The local group is convinced that the municipality should not have permitted the demolition and is striving to prevent it and re-open the proceedings. About 600 citizens have signed a petition against the demolition.

A development company has proposed a project of 8 4-story apartment buildings in Dolní Počernice, a part of Prague zoned for homes of a village character no higher than 2 stories. According to local residents, the municipality has not resolved how to mitigate impacts from the new development such as traffic, infrastructure (e.g. school, police and medical care capacity) and how to integrate the new buildings and residents into the existing community. A local association wants to submit an objection to the development with the help of Fast Grant funding.

We also supported a community discussion forum in Dolní Počernice about a proposed preschool project. According to some local residents, the project proceedings have not been transparent, no design competition was held and the design itself has notable shortcomings. The residents agree that the project needs to be completely reworked and a better solution needs to be found before it proceeds to the next permitting phase.

Land use plan development has been the subject of discussion in the municipality of Všenory for a long time. During the past mayoral term, changes enabling massive development were proposed. A referendum on the proposed changes was held in early 2018. Citizens rejected the plan and voiced their dissatisfaction with the town council’s modus operandi, i.e. proceeding without engaging citizens and concealing its meetings with the developers. But 18 months later, the situation is repeating itself. The community is stagnating and residents’ willingness to engage is fading in the face of continual arguments among the councillors and the lack of information. A local association wants to change that by taking on a watchdog role in the community, monitoring the council’s steps and providing verified information to residents. 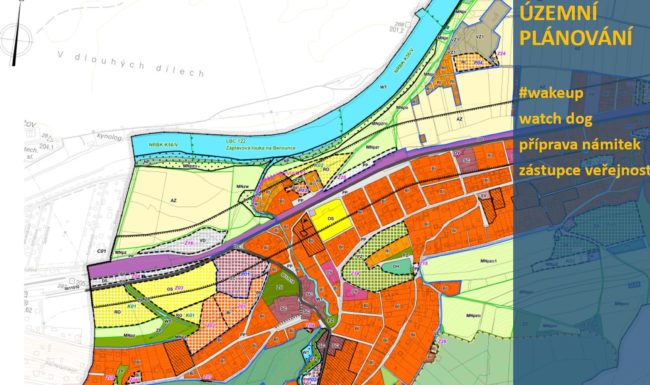 In Brno, the land use plan development process is now entering the public commenting phase. People and associations can point out and object to problematic areas in the proposed plan. When an individual or group collects enough signatures for its comment, they become a “representative of the public” in the matter. The association Open Brno is making the land use plan accessible to citizens, advising them on how to write a comment and become a representative of the public and providing consultations on specific issues. With the aid of experts, Open Brno will analyze the plan, submit its own citywide comments and introduce the key issues to public discourse. The project will help initiate dialogue between the professional and lay pbulic, media, civil servants and the municipal government.