Communities gathering in unlikely places: a former laundry, a lake, a chapel

We visited several Via grantees who are creating community gathering places in different parts of the Czech Republic.

They are building vibrant neighborhoods in the center of a historical town, at a swimming lake, by a chapel and in other often unconventional locations.

Prádelna – Český Krumlov is definitely worth a visit. By just turning off one of the streets in the center of town, you suddenly find yourself in another world – a world that is rough around the edges, forgotten and yet full of potential. In 2019, a group of motivated people rented a former laundry building to give people an alternative to commercial tourism. Although Covid-19 slowed them down, they were able to map the building’s history, gradually renovate the space, hold several events and launch a podcast with Via Foundation’s support. People can visit for concerts, exhibitions or just to hang out. And they can also co-create the agenda for the space by suggesting or offering to run activities.

The civic association Baroko v Čechách (Baroque in the Czech Republic), members of other local associations and various friends in Manětín are working to remodel an neglected historical swimming lake. The pool complex was built in the 1950s and has not been remodeled since. The association rented the pool complex four years ago and operates the lake facilities, including boat and paddleboard rentals. It is becoming increasingly popular with both permanent and holiday cottage residents.

The association used a Living Communities grant to restore the stage, which is used for concerts and as a relaxation area. During the summer season there is a full cultural program. The association also held a pancake festival, which is a traditional event in the town that the association revived. It includes a traditional service in the nearby church followed by a lakeside pancake tasting.

We also visited the women running the Association of Friends of the Prackov Chapel. Prackov is part of the town of Mírová pod Kozákovem in the Semily district. There are 20 permanent residents. The chapel was built by a local farmer to celebrate the end of World War I. A pilgrimage to the chapel was held until the 1930s. The association repaired the chapel and the surroundings and renewed the pilgrimage tradition.

The association was awarded a Living Communities grant to bring the community in to the chapel revitalization project and plan ongoing events.

We also visited PumpTrack Harrachov, an association that got a Via grant to revitalize a public space at the confluence of the Mumlava River and Ryzí Stream. We learned that the town had lacked a traditional central square and that locals needed a place to gather and hold community events. They thus built a public campfire circle, barbeque and a gazebo.

We also visited a project in Vonoklasy near Prague. The local association TO-JE-VONO holds various community events over the course of the year – from spring bonfires to forest discovery days for children. They constructed a new stage to replace the old dilapidated one and are already working on other improvements to make the space inviting for neighborly gatherings, family celebrations and short walks. 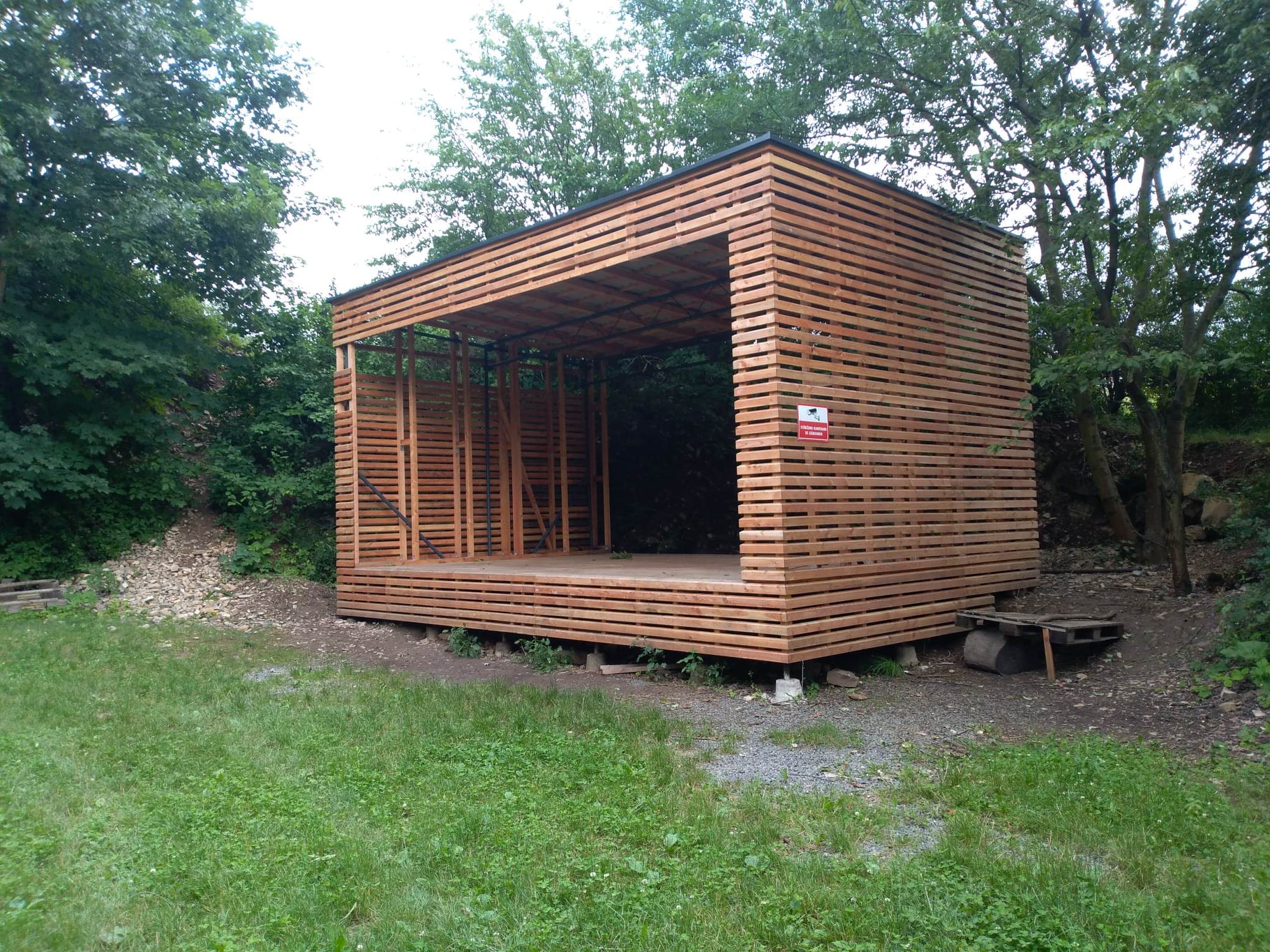