“You go for it and you never know what doors may open”. Via’s Fast Grants support creative solutions to local issues.

Young people in the town of Slavonice created a visualization of a local park to help residents picture what the site would look like if existing birch trees were cut down. In the town of Bradáčova, residents are restoring allees of trees according to an old chronicle near a proposed wind power plant site. A group from Dolní Počernice on the outskirts of Prague are advocating for changes to a proposed school construction project (the title quote about opening doors is from them). Below we share several current Fast Grants programs that are helping people protect public interests in local communities.

Vegetation restoration project in Slavonice and dispute over tree cutting

When the municipality of Slavonice began cutting down trees in early 2021, most residents did not know how many trees were slated for removal or when or where the cutting was to take place. A local civic association, “Mařížský park”, invited residents to take photos of the trees and began taking steps to same them. The town had received a vegetation restoration subsidy of CZK 9.3 million from the Environment Operational Programme and the tree cutting was part of the project. The subsidy administrator, the Nature Conservation Agency of the Czech Republic, however, had pointed out that e.g. cutting down the birch allee in a park was in conflict with the subsidized project due to the good condition of the trees. The allee was then removed from the project. However, the town did not change its intention and seeks to cut down 95 healthy trees and plant new ones in their place, even without a subsidy.

A large number of trees in Slavonice were already cut down in the winter and spring. The citizens’ initiative, however, succeeded in preventing the removal of the birch allee and a row of sakura cherry trees on the main square. The town now plans on holding a referendum to let residents decide the fate of these trees, even though the Environmental Department of the town of Dačice has submitted an objection to the birch tree allee removal based on preservation of the landscape character of the area. The referendum, which is scheduled to coincide with the parliamentary elections, will include permanent residents of Slavonice, but not other citizens whose interest in the town is important for the lives of both residents and visitors of Slavonice.

The future appearance of the park thus remains a mystery to Slavonice residents. Young people in the town created a visualization of what the site would look like with the birch trees and their shade to help people picture what it would be like. 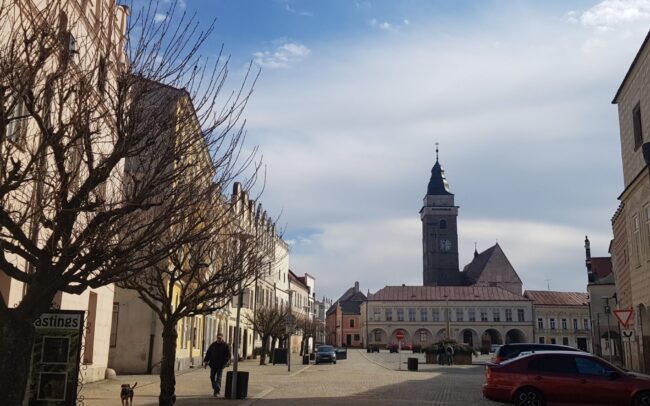 A revitalized historical allee instead of a wind power plant

A proposal to develop a wind power plant near the Polánka Natural Park has left many residents of the nearby town of Bradáčova unhappy. The local volunteer fire brigade and the town council are working with an experienced lawyer to explain the proposal’s impacts, drawing on an biologist’s report on protected and endangered species in the area.

The firefighters are also working with local residents to preserve and revitalize an allee located near the site of the proposed project. They uncovered an old chronicle that describes the planting of the trees more than 100 years ago. After consulting experts and a lawyer, they are pursuing having the revitalized allee registered as a significant landscape element, which would complicate the approval process for the proposed power plant. The Bradáčova group received a Fast Grant and also held a successful fundraising drive on our online tool Darujme.cz, which Via matched with another CZK 20,000. 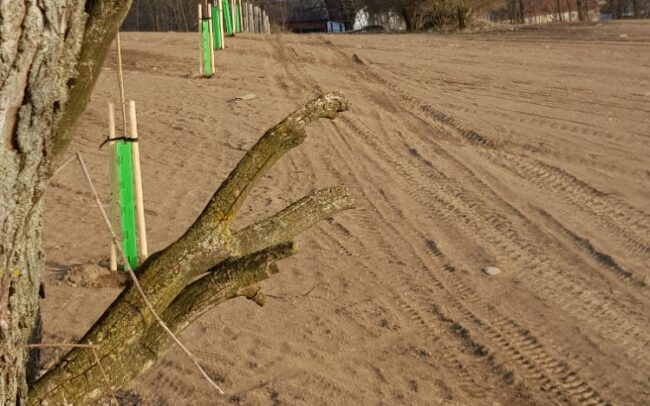 An informal group of citizens involved with a local school initiative has been advocating for an independent review and improvement of a school construction project proposal that was developed without any citizen engagement or approval by the city district council. The springboard for the group’s dissatisfaction was an assessment by a traffic specialist from the program “Getting to School Safely” and a petition signed by 130 people. The initiative’s members organized a public meeting in which 40 citizens took part, including the mayor of the city district, councillors and a representative of the Capitol City of Prague, who is the project’s investor.

The group has written articles in the local newsletter, distributed informational flyers and written an open letter from citizens to councillors suggesting modifications to the Memorandum on cooperation in the school project between the city district and the Capitol City of Prague. The Fast Grant enabled the development of a traffic impact study and paid legal fees for an appeal against the land use decision.

Although project improvements have yet to materialize, the group is pleased with the progress made to date. They have opened community discourse about the school, provided information to citizens and sparked general interest in public affairs and municipal transparency. The Memorandum has also been modified to include the possibility of changes to the project and includes the construction of a second school facility per the land use plan. 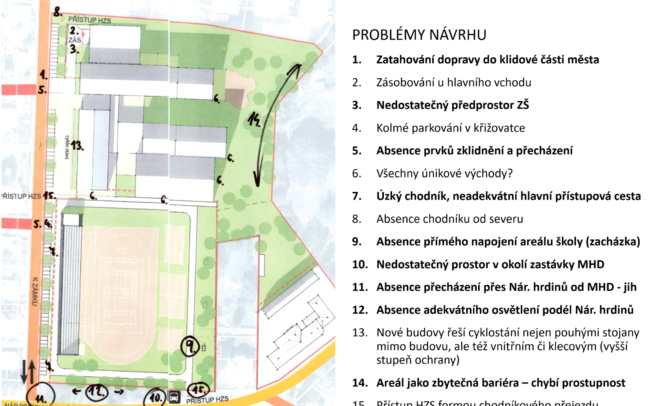 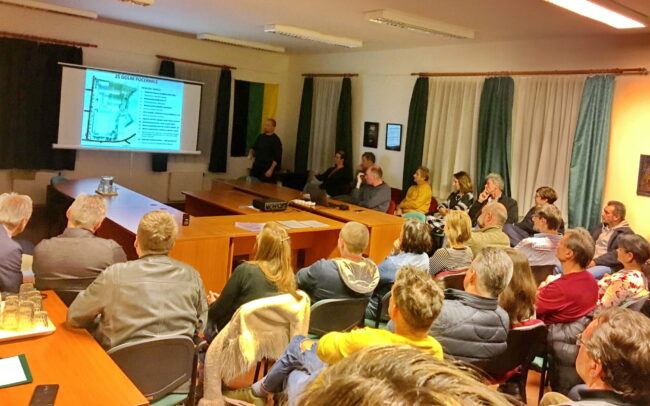